TOMRA circular economy communicator Kristine M. Berg shares her experiences on board the first week of the eXXpedition voyage as they set sail for the Great Pacific Garbage Patch. 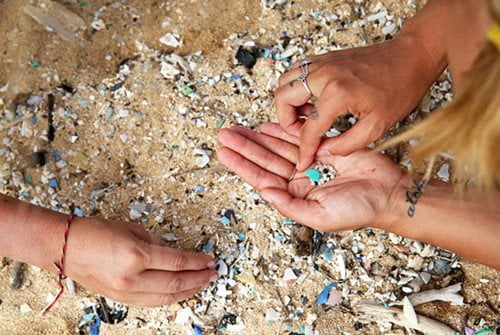 Aloha from the vast, blue Pacific Ocean! The first week on board the Sea Dragon research vessel for the eXXpedition ocean plastic voyage, where TOMRA is serving as title sponsor, has been like nothing I could ever imagine or anticipate.

The Friday before we set sail, the crew met up bright and early at Sea Dragon in Kewalo Basin, Honolulu. It was incredible to finally meet all the women that were to become my family for three weeks. An organization called Sustainable Coastlines Hawaii took us to the James Campbell National Refuge on the windward side of Oahu for a beach cleanup. This particular stretch of Hawaiian coastline is swimming in marine debris from the Pacific Ocean, despite being cleaned regularly. The beach is on the edge of the North Pacific Gyre, and flush with large debris like entangled ghost nets, and smaller debris floating in literal plastic-soup puddles on the exposed reef. This was our first encounter with the Great Pacific Garbage Patch and the impact it has on environments hundreds of miles away.

Sustainable Coastlines Hawaii are a passionate community that dedicate their time and love to the ocean, so they weren’t going to let us leave without a proper send-off. They took us camping under the stars and honored us with their amazing food and friendship.

Finally, Monday 25 June arrived: a date we have spent months preparing for. The crew, yours truly included, took the opportunity to have one last shower on land, before getting organized with our bunks and gear so everything was ready to rock and roll for our first days at sea. The break of day graced us with a beautiful rainbow that eventually gave way to Pacific sunshine to send us on our way. With seasickness meds at the ready, off we went along the gorgeous coastline of Waikiki, headed east towards the great, big ocean.

Turns out, nothing can really prepare you for life on the open ocean. Especially not for life at a 45-degree angle. I swear my biceps have grown just from holding on to railings and furniture when I move around to, well, do anything really. I half expected to feel a tinge of panic once we lost sight of land, knowing it would be three weeks until we see terra firma again, but that never really happened. Being surrounded by bright blue horizons is a wonderfully welcoming home. To date we still haven’t seen one ship for the 1000 nautical miles we have put between us and land. Not one! This only adds to the adventure, and between 14 women on this boat there is little risk of feeling alone anyway! 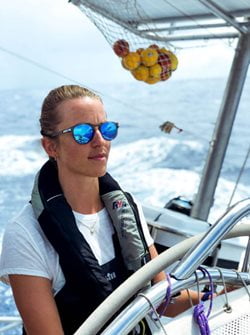 Learning the ropes
As you might have read, I have never actually sailed before. (So crossing an ocean seemed like a good place to start, right?) Sea Dragon is a 72ft steel lady with three sails built to go around the world the wrong way. So, when it was my turn to take the helm around midnight Monday evening, I was pretty nervous. And, to be honest, neither I nor Sea Dragon felt entirely comfortable with the situation... But thanks to the wonderful and competent crew (Imogen, Anna and Jess), I have found a confidence at the helm that I wouldn’t have thought possible – whether the wind is 32 knots or 11 knots. Neither of those conditions are easy to navigate with a 12-ton lead keel beneath your feet (not to mention rain squalls, pitch-black darkness, completely counter-intuitive angles, or a lightning storm breathing down your neck)!

One morning I will cherish forever was a sunrise watch, sailing from 4am to 8am. With 20-knot winds, Sea Dragon was keeping a steady 8 knots through 1-2 meter swell, and I had the full moon behind me as I headed straight into a flaming-red sunrise. There are no words to explain the feeling of pure bliss as I eased my focus away from the electronic instruments in front of me, steering her by the stars on the horizon. She tells when you she is happy, you can feel it with your entire body if you listen to it.

Rough seas
We knew to expect rough sea in our first days, but we didn’t anticipate winds up to almost 40 knots, rain showers and choppy seas for almost the entire first week. It’s been an upwind battle that has taken its toll on some of the crew, but – as the saying goes – fair weather makes no skilled sailor. Some people who venture out to sea might be afraid of monsters or feeling alone out on the most remote ocean on the planet; on board Sea Dragon, we have mainly been afraid of going to the bathroom, staying below deck long enough to cook food, and brushing our teeth. All these activities often come to abrupt halt, when seasickness strikes. Feed the fish, as they say! 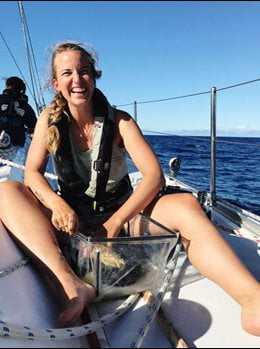 Thankfully, the winds have now settled down, and we have spent the last two days in the middle of the Pacific Gyre. The ocean is calmer, we have found our sea legs, and life has settled into an easygoing rhythm.

A plastic ocean
For the past couple of days we have seen plastic debris float by almost every 10 seconds, despite the choppy sea state. We have seen fishing gear, plastic bottles, and even a lawn chair. The movement on the ocean surface means many of the plastic fragments circulate just below the surface, where they are much harder to spot from the boat, so we only see a fraction of what is actually floating around out there. eXXpedition’s goals to track the impact of ocean plastic and raise awareness of the environmental consequences of marine litter are very close to our hearts at TOMRA.

Research and sampling are underway now that we are in the Garbage Patch, and that work will continue throughout this week. I will give an update on that in my next blog, but for now you will have to excuse me as I head up on deck to join the gang for a sunset dinner on top of the deepest, most beautiful ocean there is.

Signing off from Sea Dragon
– Kristine 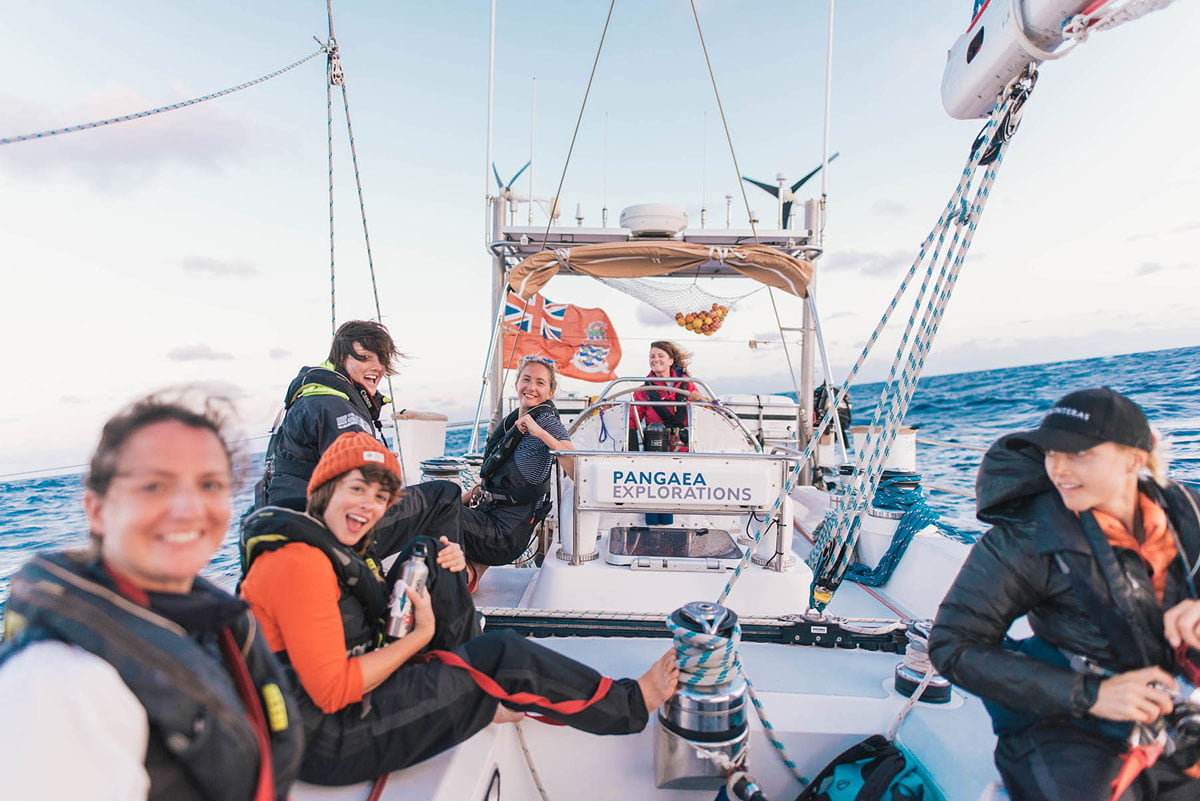