Over the next two years, TOMRA will be sailing with ocean plastic research mission eXXpedition through four of the world’s ocean “trash gyres” to research and raise awareness of marine plastic pollution.

The all-female research mission “eXXpedition Round The World 2019-2021” will sail through four of the world’s trash gyres, to increase understanding of single-use plastic in the world’s oceans and identify solutions to the environmental and health impacts. As eXXpedition explains, their goal is “to make the unseen seen, from the toxins in our bodies to the plastics in our seas”. Learn more about the trash gyres in our oceans, and why a team of awesome women are spending two years documenting them.

What are the gyres? 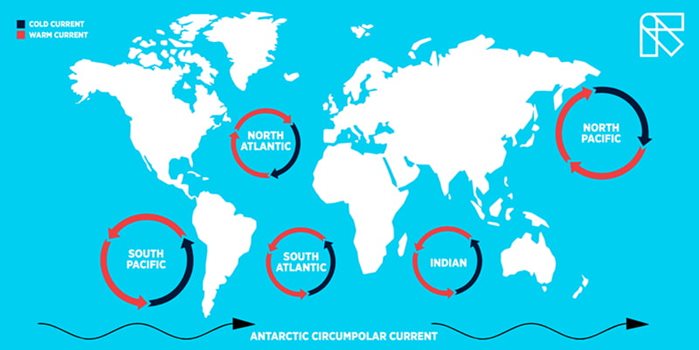 Research has uncovered five major areas in the world’s oceans where large volumes of plastic gather, in what are known as oceanic gyres. An oceanic gyre is a system of circular currents tcreated by wind patterns, tides, and differences in temperature. Plastics and other debris travel with the ocean’s currents, accumulate in these large zones out to sea, and then remain there for years – and even decades. These major plastic gyres are found in almost every ocean on the planet: the North and South Pacific, the North and South Atlantic, and the Indian Ocean.

Contrary to popular belief, the gyres do not form an island of garbage dense enough to stand on (nor can it be seen in satellite images, although this myth persists). A gyre is rather a massive, swirling vortex of microplastics. The plastics in the gyre turn the water into a soup, with a mixture of smaller and larger pieces. Most debris eventually sinks to the bottom of the ocean, making the waste difficult to see and research – and even harder remove.

What's in the gyres?

8 million tons of plastic from all over the world enter the ocean each year, as discovered in research led by Professor Jenna Jambeck: a University of Georgia director and National Geographic explorer, who also helped develop the science program for eXXpedition. A lot of this plastic entering the oceans ends up accumulating in the major gyres.

Research done by The Ocean Cleanup Foundation shows that in addition to trillions of pieces of microplastics, gyres such as the North Pacific are also home to a significant number of larger objects, such as fishing ropes, nets, crates and baskets. All of these objects were also spotted during the 2018 eXXpedition. Disposable objects can also be found, although these are typically less buoyant and therefore often sink before they make it far out to sea.

When plastic waste floats in the ocean, sun, waves, marine life and more will break the plastic down into smaller and smaller pieces. Large plastic objects will after a while turn into trillions of smaller microplastics. When plastic becomes this small, it becomes almost impossible to remove . Microplastics can be found everywhere in the ocean: from the ocean’s surface and all the way down to the ocean floor. These small plastics cause harm to marine animals because they mistake it for food, and cause problems for human life because our food gets contaminated with toxins from the plastic. 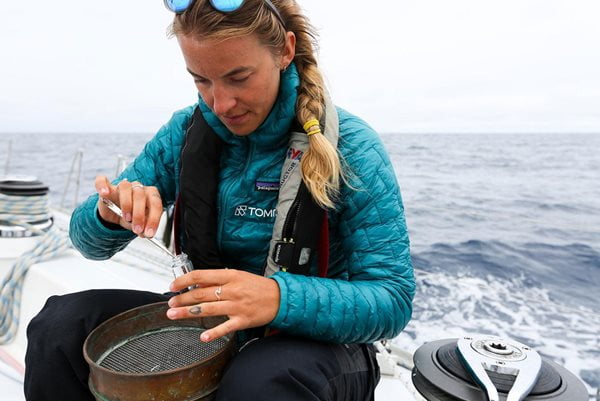 An eXXpedition into the gyres

eXXpedition sailed last year through the North Pacific Gyre – the largest of the gyres, also known as the Great Pacific Garbage Patch – on its journey from Hawaii to Vancouver. During the current voyage, eXXpedition Round The World 2019-2021, the research mission will visit the other four of the world’s gyres. On eXXpedition Round The World, TOMRA is serving as gold sponsor and on the scientific advisory board, providing industry expertise on land-based solutions to the plastic problem.

Kristine M. Berg, circular economy advisor at TOMRA Collection Solutions, joined last year’s eXXpedition voyage through the Great Pacific Garbage Patch. “The sheer amount of microplastics (fragments smaller than 5 mm) we saw in our samples was daunting, and it was heartbreaking to realize that animals live in what is literally a plastic soup. But, when seeing toothbrushes and bottles out there, we also realized the good news – these objects once belonged to someone. And, since the problem is a result of millions of micro actions, so is the solution! What we do on land has a real and significant impact on our oceans.”

eXXpedition will conduct ocean research of the gyres while out on the water, as well as land-based research to map the risk factors for plastic making its way from land into the oceans. The studies have three focus areas: surface water, sub-surface water and sub-tidal sediments. The science program is being led by Dr. Winnie Courtene-Jones from the University of Plymouth.

eXXpedition is sailing through the gyres to raise awareness around the impact that plastic waste has on our planet, and to contribute to information on how we can tackle the plastic waste crisis we are facing today. This research is extremely important because the amount of plastic in our oceans is only increasing, creating major problems for all life on earth. We need to work together to find innovative solutions on how to remove waste from the ocean, and on how to keep it from entering the ocean in the first place.