Taking a dive into the Great Pacific Garbage Patch

This summer, TOMRA will be sailing with ocean plastic research mission eXXpedition, documenting marine litter in the North Pacific Ocean.

eXXpedition will sail through the gyre of plastic pollution known as the Great Pacific Garbage Patch, with the aim of raising awareness of and solutions for the environmental and health impacts of single-use plastic in the world’s oceans. As eXXpedition explains, their goal is “to make the unseen seen, from the toxins in our bodies to the plastics in our seas”. Read on to learn more about the trash gyres in our oceans, the Great Pacific Garbage Patch and why a team of awesome women are spending several weeks of their summer documenting it.

What are the gyres? 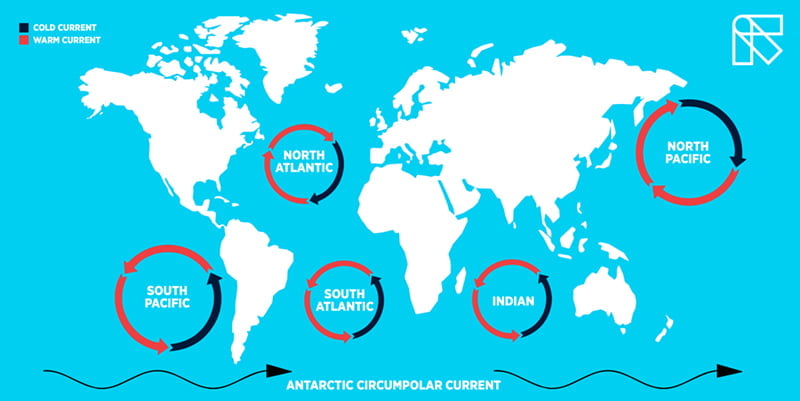 There exist five major zones in the world’s oceans where large amounts of plastic accumulate, these are often called ocean gyres. They are found in almost every ocean on the planet; the North and South Pacific, the North and South Atlantic and the in the Indian Ocean. An ocean gyre is a system of circular ocean currents that are created by wind patterns, tides, and differences in temperature and water salinity. Plastic and other debris travel with the oceans currents, gets drawn into the gyre’s center by its circular motions, and then becomes trapped.

The largest of these is called the Great Pacific Garbage Patch, located halfway between Hawaii and California. The patch is not one big piece of garbage thick enough to stand on (it cannot be seen in satellite images), but more of a massive, swirling vortex of garbage. The plastic in the patch makes the water in the area a cloudy soup, with a mixture of smaller and larger pieces. Most waste sinks to the bottom of the ocean, making the waste difficult to see and research – and remove.

1.15 to 2.41 million metric tons of plastic from all over the world enter the ocean each year, and a lot of this is collected in major gyres such as the Great Pacific Garbage Patch. Today, the estimated amount of plastic in the patch is 1.8 trillion pieces of trash, weighing in at a total of 80,000 tons, or the same as 500 jumbo jets. Now that’s a lot of plastic!

New research has estimated the Great Pacific Garbage Patch to cover an area three times the size of France, or twice the size of Texas – 16 times larger than previously thought. Around 80% of the plastic waste comes from land-based litter from North America and Asia, while the rest comes from boaters, offshore oil rigs and cargo ships – giving the enormous trash gyre many plastic sources.

Research done by The Ocean Cleanup Foundation shows that most of the plastic in the patch is larger objects such as fishing ropes, nets, crates and baskets. There are also a lot of disposable plastics in the patch, such as bottles and straws, though these are not as much as the larger objects when measured by weight.

When plastic waste floats in the ocean, sun, waves, marine life and more will break the plastic down into smaller and smaller pieces. Large plastic objects will after a while turn into trillions of smaller microplastics. When plastic becomes this small, it becomes very difficult to remove and can be found everywhere in the ocean: from the ocean’s surface and all the way down to the ocean floor. These small plastics cause problems for marine animals because they mistake it for food, and problems for us because our food gets contaminated with toxins from the plastic.

eXXpedition is sailing across the North Pacific to raise awareness around the impact that plastic waste has on our planet and contribute to information on how we can tackle the plastic crisis we are facing today. This research is extremely important because the amount of plastic in our oceans is only increasing, creating major problems for all life on earth. Therefore, we need innovative solutions on how to remove waste from the ocean, and on how to keep it from entering the ocean in the first place.