TOMRA circular economy communicator Kristine M. Berg shares her experiences on board the second week of the eXXpedition voyage, as the crew measures marine litter in the Great Pacific Garbage Patch. 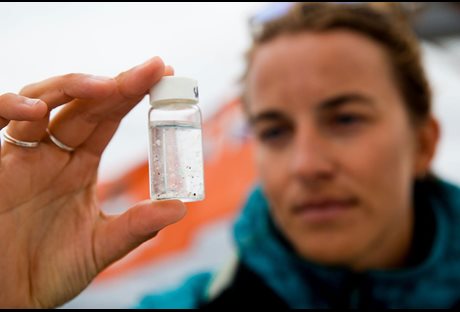 Week 2 on board eXXpedition, for its TOMRA-supported mission to do research on ocean plastic in one of the most remote corners of the planet. (Check out my Week 1 diary here.)

For the past week, we have been sailing through the North Pacific Gyre. Here, ocean and weather conditions cause marine debris to accumulate in the Great Pacific Garbage Patch, stretching from roughly around 20 degrees north to 40 degrees north.

The other night in one of our crew sessions, we paused to consider how many other people have actually been out here in this incredibly remote part of the world. Without any means to investigate the topic or make solid claims to truth, we figured that more people climb Mount Everest in a single year than have ever sailed through the North Pacific Gyre: 650 people reach the Everest summit each year, and Emily Penn (eXXpedition Co-Founder and Mission Director) made an educated guess that less than 100 people have ever been out here.

The research we do on board focuses on the Gyre and the plastic it contains. For about a week now, we have been sampling for pollution by multiple means, as this research is a collaborative effort between projects and organizations all over the world. The work is somewhat weather sensitive, which is why sampling in the Gyre itself – where ocean currents and winds converge and calm down – is ideal. The Garbage Patch is naturally not a stationary area, so it moves with weather and winds. Still we have managed to sample all week, sailing through the world’s deepest ocean, with the highest concentration of marine debris.

Every hand is needed on deck when we conduct the scientific research, but the work is led by our two scientists, Rowan Henthorn and Emily Duncan. We collect samples of surface water, we register observations of marine debris, and we trawl the surface with a device called a manta trawl to capture debris floating on the surface. Emily Penn herself even dove into the Gyre (overseen by several people on lookout for sharks) when we came across a giant entangled mess of discarded fishing gear – known as ghost nets – to attach a giant tracker that will enable scientists to track its movements via GPS. These methods feed into various projects, but combined they give us  a quite comprehensive picture of the problem out here on a daily basis. Some of the samples are analyzed here on board for size, type and frequency, while others will be processed in labs back on land - like at Hawaii Pacific University, where I myself actually studied some years back.

For the week since we entered the Gyre, we have seen pieces of plastic float by the boat about every 10 seconds. We have seen buoys , pieces of rope, fragments of plastic film, Styrofoam, a washing basket, something that looked a lot like a take-away menu, lighters, a plastic chair with all four legs intact, and every day – somewhat surprisingly – whole plastic bottles.

I say surprisingly because the plastic out here has often been in the ocean for years, so that it has been inhabited by algae or chewed on by wildlife… and plastic bottles are often thrown away without bottle caps, which makes them sink. If a plastic bottle has come from land, it has probably been in the ocean long enough that it is likely to have some damage to it, or filled with water so that it sinks. This is why I am surprised to see so many intact bottles floating around out here. 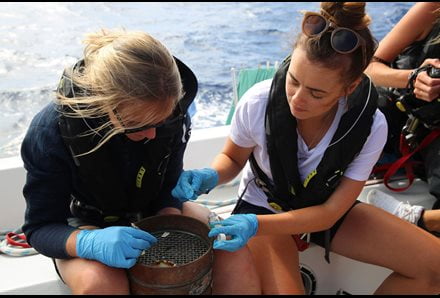 I won’t make assumptions about the what and how and why, but it is incredibly interesting to work on understanding from where these items enter the ocean and how they behave once they are out here. The sheer amount of microplastics (fragments smaller than 5mm) we are seeing in our samples is honestly quite daunting, and it is terrifying to think of the animals living out here in what is literally a plastic soup.

There is still so much we don’t know or understand about plastic in marine environments, and we rely on extensive research in the coming years to understand the problem out here as best we can. Only that way can we bring about awareness, innovations and policy instruments that can turn the tide on plastic in our oceans.

Some of us have runways already built for us. If you have one, take off. But if you don`t have one, realize it is your responsibility to grab a shovel and build one for yourself and for those who will follow after you. 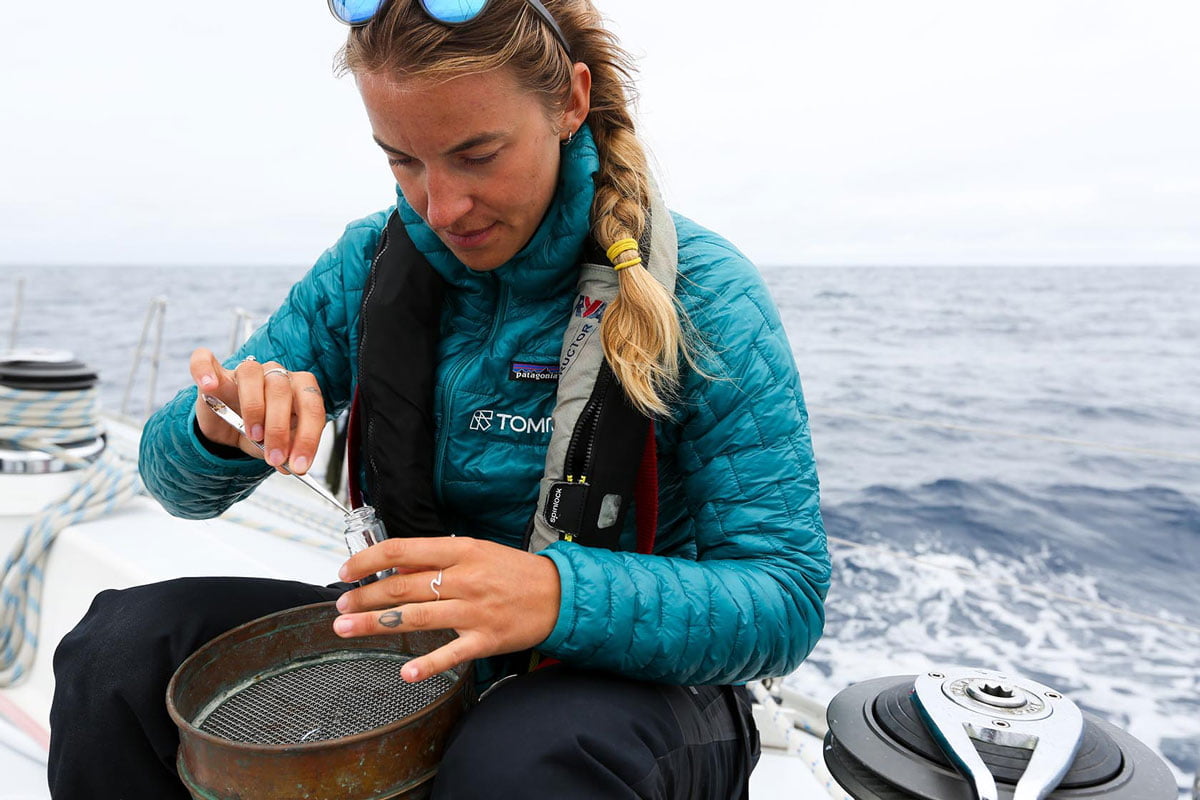